Three House Republicans ripped President Donald Trump on Wednesday for praoclaiming that lawmakers laughed and applauded when he criticized Mark Sanford, a South Carolina Republican who lost his reelection bid as soon as the president blasted him on Twitter hours prior to the polls closed a while back while in the state’s primary.

“Had a fantastic meeting with the home GOP yesterday evening along at the Capitol,” obama posted on Twitter while he was on the way to Duluth, Minnesota, to get a rally Wednesday evening. “They applauded and laughed loudly once i mentioned my example of Mark Sanford. I’ve never been keen on his!”

Rep. Justin Amash (R-Mich.) responded that that lawmakers were instead “disgusted.”

“House Republicans had front row seats to @POTUS’s dazzling display of pettiness and insecurity,” Amash tweeted. “Nobody applauded or laughed. People were disgusted.”

The Michigan Republican is running for reelection but don’t even have a GOP opponent from the state’s primary. Amash has before said there won’t be any grounds for Trump to get impeached.

“Categorically false,” Costello tweeted in reaction to your president’s post.

Costello announced a few months ago he may not seek reelection, mostly because of the partisan political environment. Bigger also stated that all performing “is fix Donald Trump instead of insurance coverage or tax policy.”

Rep. Scott DesJarlais (R-Tenn.) told POLITICO on Wednesday that Trump’s tweet was wrong, understanding that there are “crickets” while he made the comment.

During South Carolina’s primary a couple weeks ago, Sanford lost his first race as part of his decadeslong political career to show Rep. Katie Arrington. Arrington staked most of her campaign on who become more supportive of Trump. Sanford is a vocal critic from the president. 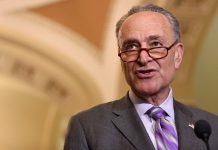 How US Fed is unintentionally squeezing developing economies