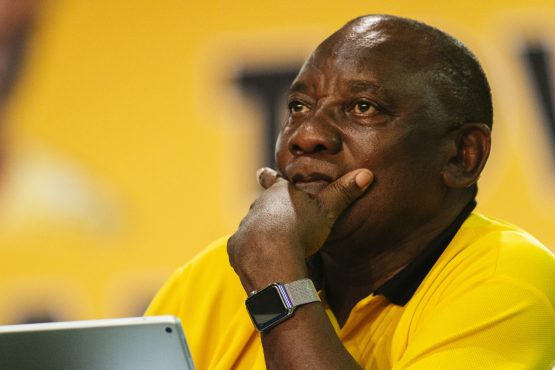 South African business confidence has declined to levels last seen when Jacob Zuma was the president.

The index dropped to 96 in April from 97.6 the past month, the South African Chamber of Commerce and Industry said in a emailed statement Wednesday. This is the lowest since November. Five of your 13 sub-indexes comprise the gauge declined from month earlier.

Business confidence reached an increasingly than two-year rich in January as Cyril Ramaphosa’s ascent to power initially boosted sentiment along with the rand following Zuma’s scandal-ridden tenure of just about nine years. The currency has now lost 4% from the dollar since reaching a three-year high in February after Ramaphosa changed a cabinet and removed some ministers considered loyal to Zuma and who definitely are implicated in graft allegations.

South Africa’s credit scores were cut to junk this past year and also the economy hasn’t expanded at more than 2% since 2013. Ramaphosa has pledged to regenerate economic growth and fight corruption and then he has overhauled the board from the state-owned utility Eskom and removed the on the nation’s revenue service, Tom Moyane.

The nation’s leadership “has a mammoth task recover the South African economy for the full potential that’s rudely interrupted during number of years,” the chamber said. While steps to treat maladministration and corruption has been incisive “a simultaneous phase of the restoration process must address the revival of monetary growth and professions,” it said.