Boston Mayor Martin J. Walsh was released against any boycott of Samuel Adams ale yesterday as Somerville Mayor Joseph A. Curtatone and the like vowed to not drink the Boston Beer Co. product again.

Curtatone, in a very flurry of tweets, blasted the company’s founder, Jim Koch, for choosing President Trump as well as other business bigwigs yesterday saying thanks to obama for tax cuts.

But Walsh told the Herald yesterday, “I believe that in case you commence preaching about boycotting something against elected officials, like the president, there’s little stuff we’d be capable to buy near you.”

Walsh said he didn’t know the more knowledge about Koch’s finding Trump and “whether he was obviously a supporter in the president possibly it had become just dinner.”

Curtatone, throughout his tweetstorm Monday, wrote, “I am going to never drink Sam Adam’s beer again!

“We should instead hold these complicit profiteers of Trump’s white nationalist agenda accountable,” he added, referring to Koch’s selecting the president. Curtatone in another tweet asked Koch, “does one eventually express any concern to your families separated under his cruel and inhumane immigration enforcement policy?”

A spokeswoman for Curtatone said he couldn’t comment further since he was overseas and unavailable.

Koch was among 13 executives to fulfill using the president. A Koch spokeswoman declined to comment on the controversy. 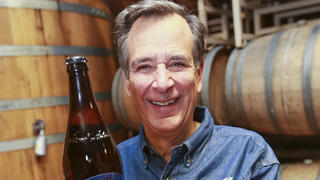